Please note: this event has moved venues from Campbell Hall to The New Vic.

Create Your Own Series Speaking with Pico series

“Classic and progressive, privileged and mistreated, a fearless innocent and a muse to America’s two great post-war directors when they made their finest films… velvet-eyed, satin-skinned, Isabella Rossellini remains a primal, protean beauty of cerebral mischief.” NPR

“Curiosity is my engine, but laughter is my fuel.” – Isabella Rossellini

A storied model and movie star, Isabella Rossellini represents a startling example of self reinvention. Born into European film royalty as the daughter of director Roberto Rossellini and actor Ingrid Bergman, her own performances are some of the definitive images in film. After a successful career in acting and modeling, she earned a master’s degree in animal behavior and now creates unique and humorous works of performance art based on her research. Known for her philanthropic efforts in animal conservation among other areas, Rossellini runs an organic farm in Bellport, New York. As former muse and partner to artists like David Lynch, Martin Scorsese and Gary Oldman, Rossellini has stories to share and ideas of her own about the trials and tribulations of a life lived almost entirely in the public eye.

Create Your Own Series Speaking with Pico series 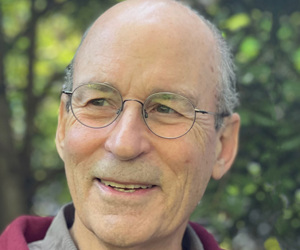